And we all thought that the 2012 Dinner couldn’t be surpassed. Well, we were wrong! Special though the 2012 event was as a celebration of the Balconiers’ 40th Anniversary, the gathering assembled at the Towers Hotel on 1st October, 2013 witnessed a night that will live long in the memory. Attendance again exceeded the 200 mark and the unanimous verdict as the evening approached its end was that it had been an appropriate celebration of Glamorgan cricket.

Such had been the success of the 2012 event that a request to present their own awards on the same evening was received from Glamorgan. This included recognition of those teams that had excelled in the South Wales Premier League. This meant that there was a need to manage the evening in an appropriate way so as to prevent there being an ‘awards fatigue’ and this, thanks to our own Chairman, John Williams, and Edward Bevan our MC for the evening, was achieved to everyone’s satisfaction.

The event of course is not only an opportunity for the Balconiers to recognise team and personal milestone achievement, important though they are, but also the evening is a vehicle for a sincere ‘Thank you’ to be expressed to our many supporters.

These range from our main Festival sponsor, Peter Lynn and Partners, to the many regular corporate sponsors who loyally avail themselves of the hospitality on offer on match days and without who we would not be able to raise the funds to keep first-class cricket at St Helens.

Also to the Local Authority, corporate organisations who support us steadfastly on match days plus the band of volunteers, many of who work tirelessly ‘behind the scenes’ but who are vital cogs in the machinery of the Balconiers.

The main focus of the evening, though, was to honour those current players who had achieved landmarks in their playing careers.

The main award of the evening, the Glamorgan and Balconiers’ Player of the Year, was presented to Michael Hogan in recognition of his fine bowling performances during his first season as a Glamorgan player. He took 103 wickets in all forms of cricket for the County and became the first player to achieve this goal in the past 10 years. The last cricketer to do this was another Australian, Michael Kasprowsicz, in 2003. 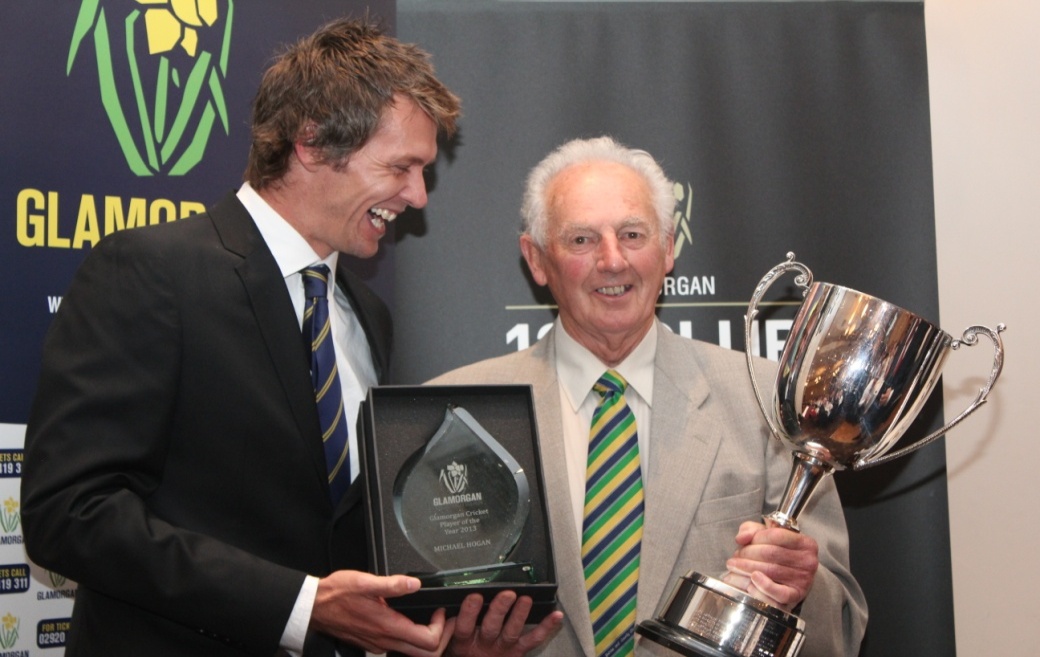 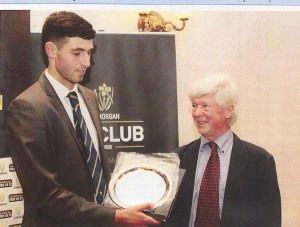 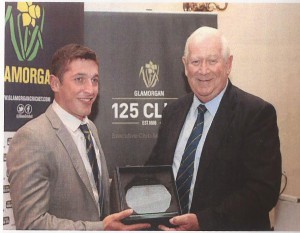 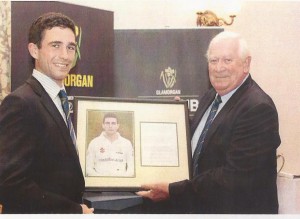 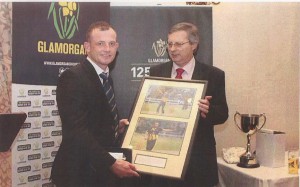 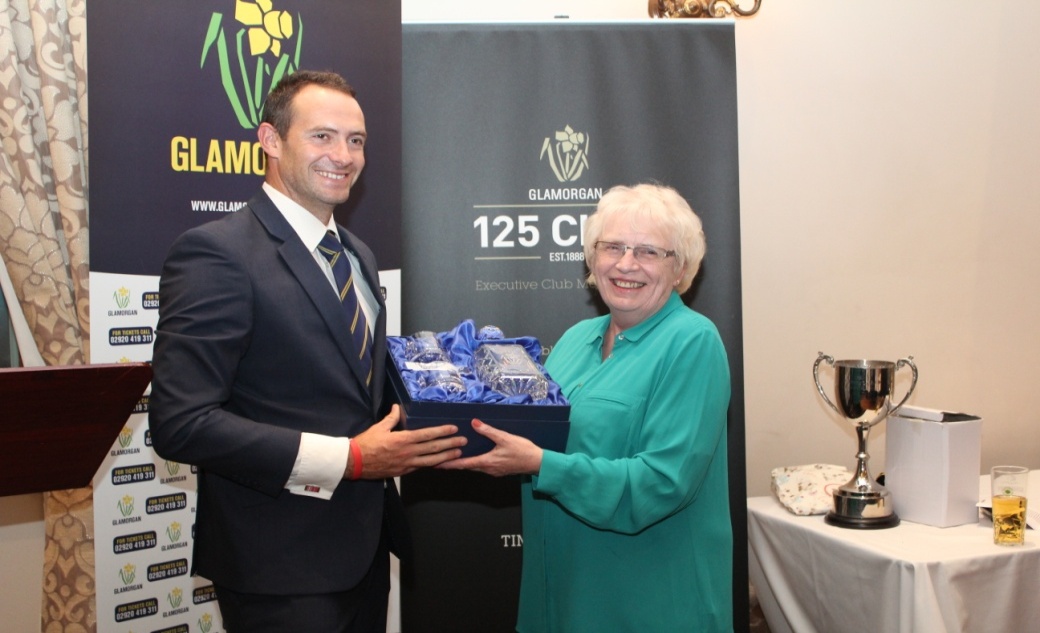 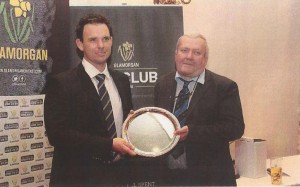 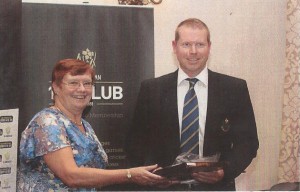 Special Awards were presented to Simon Jones and Matthew Mott; Simon to mark his retirement from first-class cricket and his distinguished playing career for both Glamorgan and England and Matthew  in recognition of his three-year service as senior coach for Glamorgan. 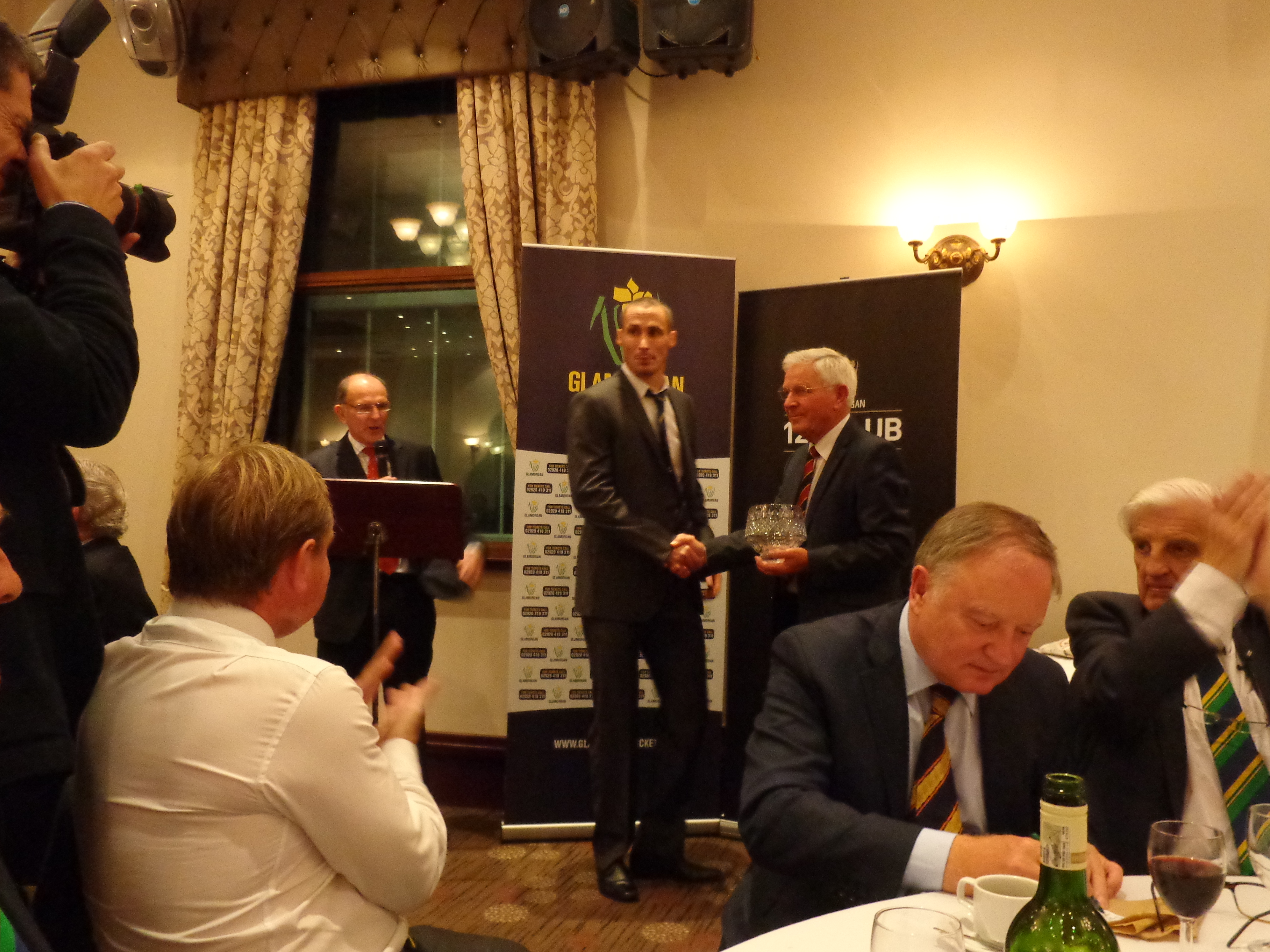 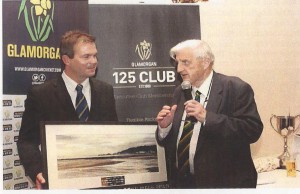 The Premier League Awards, which were presented by the Chairman of the South Wales Premier League, Paul Morgan, the results of which you will find in the Glamorgan Year Book.

Finally, our thanks go to the staff at the Towers Hotel who were attentive to our needs as usual. Thanks also go to Dr Andrew Hignell for his invaluable statistical analysis and to Richard Bentley for his readily-available advice.