At the end of every season there is a special evening to celebrate the players and their performances from the summer. It is arranged by the Balconiers to mark achievements on the pitch and present the coveted Balconiers’ Glamorgan Player of the Year Award.  The 2016 dinner was held on Monday 26th September, again at The Towers Hotel, Jersey Marine and was attended by 200 people. It is the highlight of the Balconiers’ annual attractions and a fun evening celebrating Glamorgan cricket.

The main award of Balconiers’ Player of the Year was presented to all-rounder Timm van der Gugten. 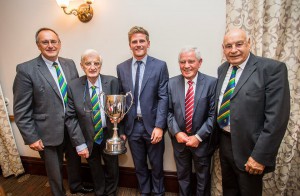 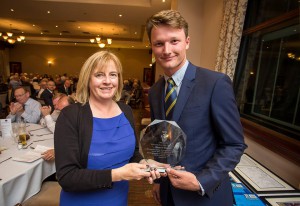 Owen Morgan  – century as a nightwatchman

Kiran Carlson – wickets and a century