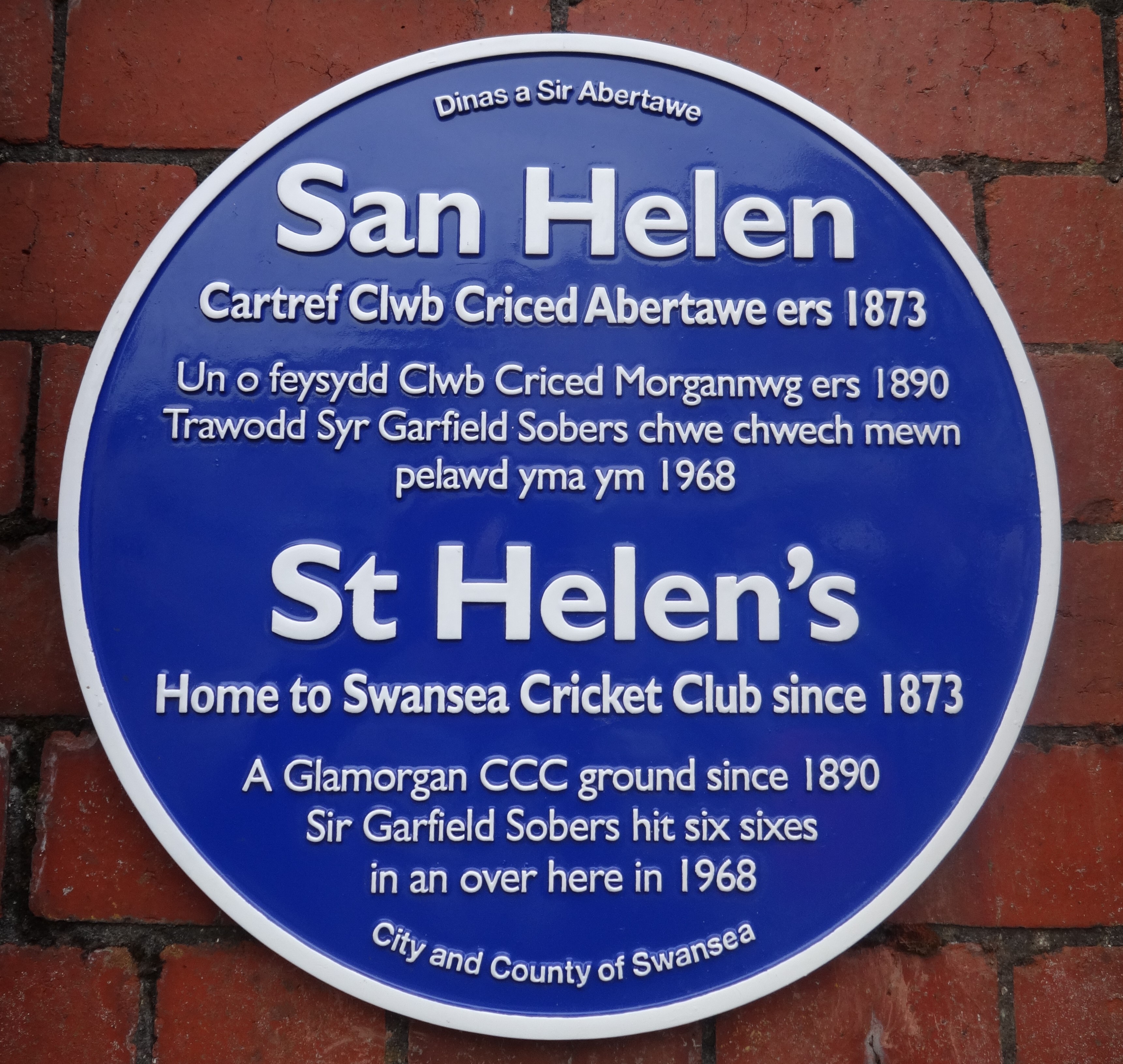 It is with great sadness that we report the sad passing of two stalwart supporters of the Balconiers.  Mr G.H.H. Davies [Gerald Davies] C.Eng., C.En.,MICE, MCIHT, Head of Quality  Assurance and Compliance at Alan Griffiths [Contractors] Ltd.

Gerald was a loyal and true friend of Glamorgan C CC and the Balconiers. He was the dedicated link between Mr Alun Griffiths and the Balconiers responsible for arranging a long and fruitful sponsorship which was mutually rewarding for both parties. His funeral will take place at Three Crosses, Swansea Capel y Crwys on Wednesday February 20th 2019 at 2.30pm where all are welcome.
Secondly we have been informed of the sad loss of Mr Tom Douglas who was a faithful member of the Balconiers for many years, He enjoyed the Daffodil Cricket tours run by the Balconiers and was a loyal Glamorgan CCC supporter. His funeral service will be held at Thornhill Crematorium on  Friday February 22nd 2019 at 10.00 am
The Balconiers extend sincere condolence to the family and friends of both men. May they RIP

August 31st saw the 50th Anniversary of the World Record Six Sixes scored by Sir Garry Sobers off the bowling of Malcolm Nash. With Christmas coming what better ‘Stocking Filler’ for your friends or Loved Ones than a copy of this really interesting story. To access a signed copy contact either John Williams  or pdwsussex@gmail.com 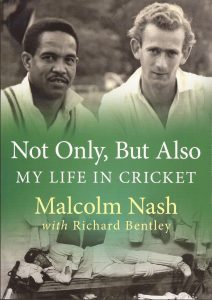 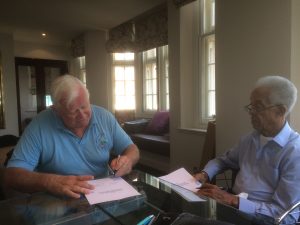 Sir Garry and Malcolm Signing together

Malcolm with his friend Alan Wilkins at Cheltenham College

This year’s AGM will be held in the Captain Evan Evans Room at the Tower Hotel & Spa, Jersey Marine, Swansea at 6-00pm on Monday, 1st October 2018. It will be held prior to the Glamorgan Players Annual Presentation Evening.

All paid up members are eligible to stand for election to the Committee.

A written nomination for the Committee should be sent to the Secretary to arrive by Saturday September 22nd 2018.

The nomination should be signed by a Proposer and a Seconder, both of whom should be paid-up members.

This year during the evening we will be reminiscing on a number of Anniversaries that were celebrated during the 2018 season, The historic first Championship win in 1948, the victory in 1968 against the touring Australian Team and the world record Six Sixes scored by Sir Garry Sobers off the bowling of Malcolm Nash. We are again grateful to Dr Andrew Hignal and Edward Bevan for their assistance in staging this annual event

The first batch of talks to be held in the CC4 Museum of Welsh Cricket at Sophia Gardens, Cardiff starting t 7pm have been announced.

Talks for February and March yet to be detailed.

For those at the Balconiers Buffet Evening held at St Helen’s on the 22nd June 2018 may recall that Dr Andrew Hignell presented John Williams with the first copy of a new book shortly to be released, well it was released yesterday and is available from The Association of Cricket Statisticians and Historians at £18. 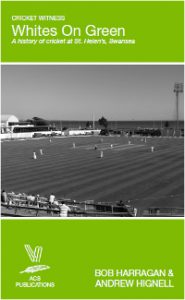 It is the only county cricket ground in the United Kingdom where you can both see the sea and feel the breeze coming off the adjoining estuary – the St Helen’s ground in Swansea where some memorable days in cricket history have thrilled the crowds shoe-horned into the tiered enclosures lining the boundaries at one of county cricket’s most idiosyncratic venues.

It was at the Swansea ground where Glamorgan secured a dramatic two-day victory over the 1951 South Africans; where the guile and spin of Johnnie Clay confounded and becalmed Australian batting legend Don Bradman; where during the late 1940s, John Arlott sat in the BBC radio commentary box, alongside Swansea’s favourite son, the famed poet Dylan Thomas; where in 1976 West Indian legend Clive Lloyd struck the world’s fastest double-hundred; where Matthew Maynard struck an astonishing hundred on first-class debut in 1985; where Glamorgan defeated the Australians on successive tours in 1964 and 1968; and where – during the latter season – Garry Sobers became the first man in cricket history to hit six sixes in an over.

This book by Andrew Hignell and the late Bob Harragan is the fifth in the highly acclaimed Cricket Witness series and its publication, during the summer of 2018, celebrates the 50th anniversary of Sobers’ feat at the Swansea ground against the occasional spin of Malcolm Nash. Besides recounting all of these feats, and a number of other memorable occasions in cricket history at St Helen’s, this book also traces the creation during the second half of the 19th century of the ground – used by Swansea’s cricket and rugby teams – and its integral place in Welsh sporting history. Lavishly illustrated with many hitherto unpublished photographs, this book will appeal to local historians as well as aficionados of the summer game, besides showing how popular outgrounds and cricket festivals have been in the county cricket calendar.

On the 3rd June 2018 Glamorgan County Cricket Club announced the appointment of John Williams (Balconiers Chairman) as an Honorary Consultant and an Ambassador to the Club.

The Board has invited John to continue to attend board meetings in his new capacity and, additionally, to be an Honorary Life Vice President of the Club. John has accepted both invitations.

John, who has been a strong supporter of the club’s revised governance arrangements and has served on the Glamorgan committee since the early 1980’s.

Commenting on John’s new appointment, the outgoing Chairman, Barry O’Brien, paid tribute to John as follows: “John Williams is a truly wonderful man whose support and passion for Glamorgan is second to none – his achievements with the Balconiers both in terms of staging our St Helen’s Festival and raising funds for the club have been magnificent. We are delighted that John has agreed to accept the position as a consultant and ambassador to the Board on his resignation from it, such that we will continue to benefit from his wise counsel, while his appointment as Honorary Life VP is a fitting tribute to his many achievements.”

John Williams responded as follows: “I am delighted to accept the role of Honorary Consultant and Ambassador to Glamorgan County Cricket Club.  I am profoundly humbled and honoured to have been appointed as an Honorary Life Vice-President of the Club and thrilled to take up these positions to continue supporting the best interests of the Club and its Members.” 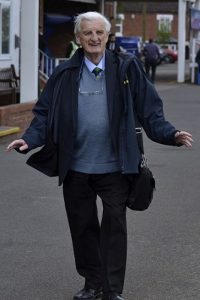 John Williams enjoying the day at Leicestershire in 2017.

The Balconiers are proud to announce that Alan Jones MBE has accepted the Office of President, we are so lucky to have such a well regarded man to take on the mantle held previously with such distinction by Don Shepherd. Alan has been associated with Glamorgan CCC  for 66 years since 1952 when he first attended the Glamorgan nets at Neath.

The invitation to Alan was uniquely appropriate because of his record opening partnership of 330 with Roy Fredericks against Northamptonshire in 1972 which was the catalyst behind the formation of the St. Helen’s Balconiers.

When Alan was approached to become our new President, we were delighted that he accepted without hesitation. 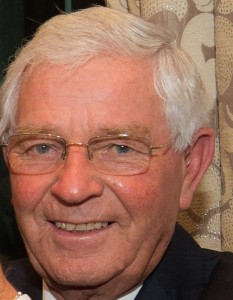